I suppose it was bound to happen one day. At the ripe old age of 45, I regularly turn to the obituary page to see if anyone I know is in there.

Actually, I started this habit back in the 80s (when I was in my 20s) because of my job. I worked for the FAA, keeping track of instructors at the FAA Academy in Oklahoma City. Most of the instructors were older men - air traffic controllers who had retired from controlling and were putting in time teaching. This was during the great Reagan era when ATCs were leaving in droves because Reagan didn't understand that those guys were the ones who kept the planes from running into each other or landing on top of one another. So the old guys left but felt responsible enough to train the replacements. Some of these men had actually retired twice or even three times before taking up this position - from the military, then civil service. So as you can imagine, it was a mixed bag of ages - some quite young, some downright elderly. Because they lived far from "home", they often didn't have families around to check up on them, and I became the first line of defense. When someone didn't show up for work or call in, I alerted supervisors, who then went to check. More than once they found cooling bodies behind their locked doors. Having known these people in life, I began watching the obituaries to see what would be said about them once they'd moved on. Sometimes the details of those lives were mundane and sometimes quite amazing.

Since I left Oklahoma and my circumstances had changed, I still read the obits and sometimes stumbled across someone I knew from high school or church or some other place. But most of the time now, when I see an obituary, I knew it was coming. There are still the shockers - the out-of-the-blue events that can stun you into insensibility (the death of my cousin and her husband this past summer, the car crash that took one of my brothers' girlfriend would qualify), but for the most part, you can see them coming from miles away.

Usually, these come from illnesses. A distant friend of mine died of breast cancer this past year, as did my best friend's friend - of leukemia. Both amazing women, cut down in the prime of their lives by the big C.

And then there are others.

One, in particular, I saw coming years and years ago.

Alcoholism is a terrible disease. It can take otherwise brilliant and gifted people and turn their brains to mush. Their charming ways become manic and overbearing. They don't understand logic, the need to sleep, or when to say when... to anything.

That seems so impersonal, doesn't it? Some guy, some alcoholic guy that I used to know is gone. The alcohol was already making swiss cheese of his liver back when I knew him.

Back when I loved him.

I was a few months out of my first marriage when I met him at a Super Bowl party. He was charming and fun and I could tell he was very smart under all of that. We hit it off and became a couple shortly after that.

No one really knew what it was I saw in him. OF course, they'd known him a lot longer and were already clued in to what was happening to him, but I was new to the scene and wasn't aware.

He made me laugh. After years and years of not laughing - of not having fun of any kind, of living in a physically and mentally abusive relationship - the guy made me laugh. He turned my giggle box over so easily, and I had really missed laughing. We laughed a lot. 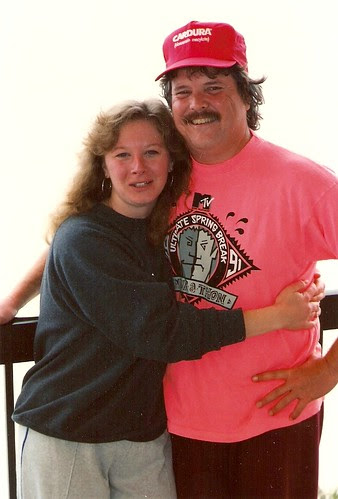 I was in that relationship for three and a half years. After three, things started to get really odd, but I'm one of those never-give-up people, especially when it comes to someone I care about. I stuck it out for another six months before calling it quits. I'd told him that he needed to join AA and get some serious help. I gave him 30 days to do it. And when he didn't, I walked out. I don't think he ever really believed that I would go, and was shocked when I did.

I moved far out of town to make it harder for him to show up, harder for me to stay in town. He called a lot, but eventually, those calls petered out. Another six months later, Darling Man came into my life and that was it for me.

In the meantime, JL's drinking became worse and his liver was totally shot. He got on a transplant list, but got so sick that he had last rites performed on him before a liver was miraculously available to him. He got his new liver and found God.

It wasn't long before he lost God again, and resumed his drinking habits of old. During all this time, he smoked like a chimney as well. I always knew in my heart that he'd go in a car crash or setting his bed on fire.

Throat cancer got him. He was admitted to the hospital just before Christmas. The deterioration was fairly quick from that time on and a week ago, he was on life support but showing no brain activity. His sisters kept him on life support, perhaps hoping for another miracle, but JL had already used up his. He died Friday.

I don't know how to feel.

I haven't seen the man in probably fifteen years, but people in our business are a fairly close-knit group. Even if you never seen someone again, you are kept posted as to what and/or how they're doing. That's how I know. My husband would come home and tell me (they've been working together on freelance stuff all this time up until a few months ago), or there would be an email from my boss, or someone would call. It was all kind of weird, really. I find it personally ironic that we met at a Super Bowl party and that he died on Super Bowl weekend. And strangely fitting.

Mostly? I think I feel relieved for him. As smart and charming and gregarious as he was, I don't think he was very happy in his life. And now it's over and he can move on to whatever comes next. 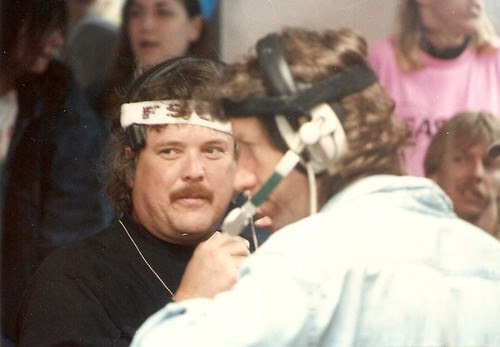 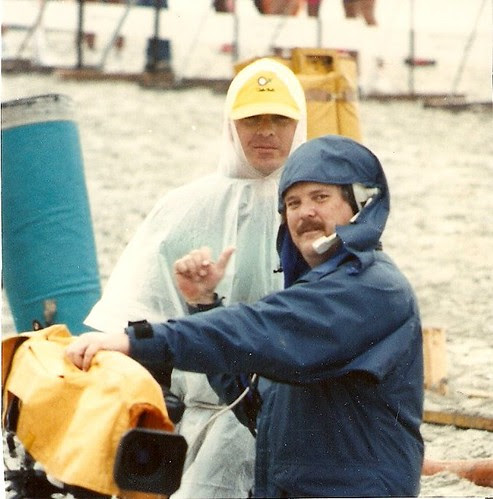 Remembering the man I met - not the one who died.
D. 2/1/08
UPDATED INFORMATION
You know that game of "Grapevine" we used to play as kids? Well, a closer friend to JL than my informants has given me the real information. As you know, the further from the source, the more different the story/details. Since I hadn't actually seen JL in nearly 15 years, I cannot be counted as a "close" observer of his life since then. Everything was second, third, or even fourth hand. The real story from a close friend:
JL had a number of health issues. He required a liver transplant about 10 years ago. The anti-rejection drugs made him vulnerable to cancer, which eventually developed in his throat. He was undergoing radiation, and making headway, when he collapsed at his home. It turns out that he had a bleeding ulcer, which had resulted in a huge loss of blood. They thought he was a goner in December.
But JL battled back, as he always seemed to do, and was taken off the respirator in late January and moved out of ICU to a mid-level "monitoring room". He was communicating, and seemingly on his way to, yet another, miracle recovery. They monitored his heart, but unfortunately not his breathing and brain activity. Within a few days of the move, a situation developed where he wasn't breathing enough to supply needed oxygen to his brain. So he suffered neurological damage, and was "unplugged" in late January. About five days later, he finally gave in.

Of all things, after cancer, liver failure, crazy girlfriends, sepsis, blood clots, drunk driving, and a host of dangerous pranks, it was a simple stomach ulcer that finally did him in.
Posted by Sayre at 2/03/2008 10:04:00 AM

I am so sorry for your loss. And so pleased that you have some fond and fun memories.

I think he may have reminded you of family. He looks Welsh. That would have been a comfort when you were vulnerable. I hope that he didn't lose God, just strayed away. God didn't lose him.

I am so sorry for your loss. It doesn't matter, I guess, when we last saw the person or how well we know them now, grief can get you anytime.
My prayers are with you.
Hugs,
ME

wow... i agree that grief can have a big impact no matter how far removed you are from the situation, its too bad he didnt jump on the chance to stay healthy...i wish you peace...

It's a beautiful and terrible tribute and a warning to us all.

What a nice tribute!

Years ago I dated a guy, I broke up with the guy, he was too busy and I was too needy at the time, he was starting a restaurant (I met him at his family's convenience store). I don't typically read the paper but I was at the dentist with one of my kids and was thumbing through the paper when his name caught my eye. I couldn't believe it, I began to cry, he had shot himself. I went straight to his parents' store and they confirmed it was him.

Reading it in the paper is such a shoking way to find out.

I could express myself with one of my usual little comment-essays, but I'm not going to, mostly because I'm not really sure how to say what I want.

Stepping Over the Junk said...

Ah Sayre. I am so sorry. I am choked up here, reading this. I am so sorry. I have had times where I find someone who meant something to me a long time ago, someone who was no longer in my life, passed away and it is very very hard because you suddenly realize, "wait, I dont know this person anymore". Thinking of you, Lady.

Sarah - Wow! That is such a touching tribute to John. I really still can't believe he's gone. It is so wonderful to know that he had such special friends, like you. Thank you for that precious gift.